What's on your mind?

I can't seem to find the soundtrack for the preview music of the future trunks saga. Can anyone help please? Thank you. :D

Ayo! This is a Roleplay that I'll be hosting that will be happening on Fandom! It takes place in the beginning of Dragon Ball Super, but in Universe Six!

Plot : The age is 778.....in Universe seven Goku, Vegeta, and the others are currently fighting lord- wait. You know that story already, let's take this to another place. Universe Six, This time we'll be adding some more Individuals into this story. And who knows, Certain things might change....Maybe The Universe six versus seven arc will have a twist....Maybe the Tournament of Power will have a new Victor....Or, possibly people will gain transformations the right way. No tingle tingle in the back this time! And maybe- No, most definitely there will be more to learn about Universe Six. Universe seven always has the spotlight, I think we should add some flavor. It's like Making a new meal, you can enjoy this new meal you just made. But if you ever want to make the old one you will always know how too....Anyways enough with the metaphor, Universe Six has All Eyes on Them.

Template (Optional if you already have one for yourself)

Current Forms : (If you are a saiyan you are allowed to put Super saiyan, as for other races like Acrosians you can have a first through final form if you want to. If you want to be an earthling you have to wait for us to get to a point where Earth might be wished back for Universe six)

Custom races are allowed if you have a detailed explanation on what they can do, and they can't be stupidly overpowered!

The first one looks to be more outdated.

Also, what's the difference between this wiki and dragonball.fandom.com? 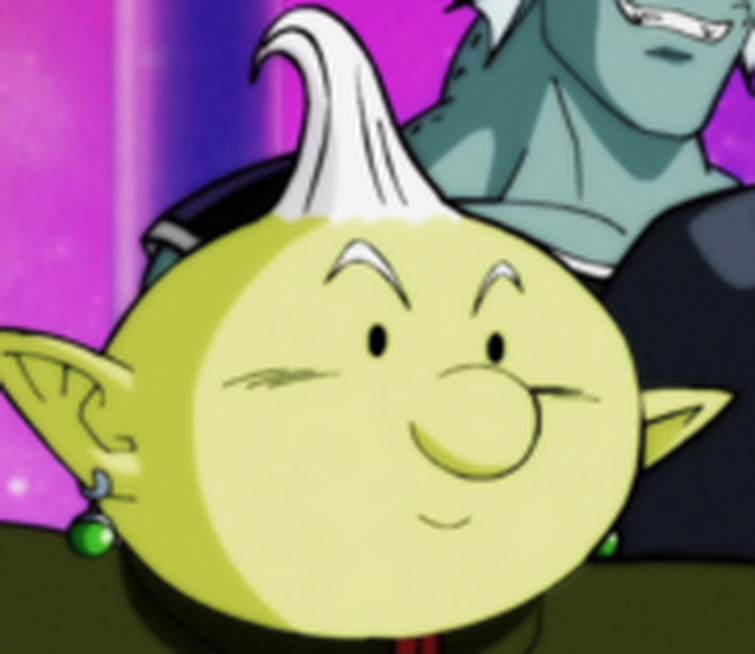 Do you now why?

This wiki is going to be based off two Dragon Ball wikis This wiki and Dragon Ball Wiki so in short, I need your help to make this wiki up to date as possible plus I will give you admins

Heres the link to my wiki:  http://shenlong.shoutwiki.com/wiki/Main_Page

I'm calling it. This new Broly is actually a gentle soul who is forced to fight by his father because in the canon universe, you need to increase your S cell quantity, which is done by being a gentle soul and/or living in a gentle environment, to transform. The trailer also says "What do you see beyond that strength?" that hints there is more to this Broly than brute strength.

Is there a reason Kale's transformation hasn't been restated? Or was it just a shortage of editors? In which case, I'll get on that.

To those of you who aren't aware, the manga explicitly called her Legendary Super Saiyan.

(edited by Cloudtheavenger)
Amazing trailer I absolutely enjoyed seeing things there. Do me eyes deceive me or did everyone see the prologue of Goku in the film or was I seeing things? Gine might make an appearance?
(edited by New World God)
So it seems Broly is being reintroduced as a canon character in the new movie as well as his father. So does that mean we create an entirely new Broly page?
(edited by Cloudtheavenger)
Can I propose that we use Steve Simmons's names and translations as our basis? It would help with consistency tremendously. Simmons names are commonly used and accurate to the original Japanese.
(edited by Pluto2)

I'm glad the C-canon stuff is gone, but we need to deal with the movie material. I say anything that doesn't have any connections to the anime and by extension, the manga should be non-canon.

Most of the movies have so many plot holes or have a hard time being fit into the timeline, they might as well be non-canon. For movies that have an anime connection like Garlic Jr. I say it's still non-canon and the Garlic Jr filler arc is non-canon as well because it does not serve as an extension of the manga.

Now let's take what I consider to be "canon filler". Cold's filler scene of him finding Freeza after Nemak's explosion is canon because it shows how Freeza was found and healed.

Any suggestions to further this?

Hiroyuki Sakurada is a producer for Dragon Ball Super here are the following questions he was given, as well as his answers at a manga fair in Barcelona. I'll fully translate the interview that gives a lot of information on who was responsible for making Super to begin with. The Interview is in spanish, thus I can easily translate it, Pretty interesting read:

Q: - Can a future Dragon Ball & One Piece crossover be possible? A: - It's possible, but not planned.

Q: - Is an animated adaptation of Jaco possible? A: - It's possible, but not planned.

Q: - What will be the finale of Dragon Ball Super? A: - As we have not yet received a script from Akira Toriyama, we do not know, so we can not move forward yet.

Q: - Dragon Ball Super is expected to last how many episodes? R: - We have not defined anything yet.

Q: - How long does it take to make a Dragon Ball Super episode? A: - 6 months from the writing of the script, and 4 months for the animation alone.

Note: I thought this was the case in beginning.

Q: - Is Toyotaro a bit like Toriyama's assistant? A: - It's the manga of V-Jump. Toriyama created the main characters, and Toyotaro manages a few secondary characters. "

Q: - Why did DBS target children early, and adults now? A: - We do not target adults ... We just want to do what we did with Dragon Ball.

Q: - Does Toei Animation have the power to change Toriyama scripts? R: - (Both laugh) No. We can express requests, but we can not ask God to change.

Q: - Will Goten and Trunks be a little more prominent? A: - It depends on Toriyama's scripts.

Q: - Why is Yamcha now comical? A: - It depends on Toriyama's scripts.

Q: - Will there be new transformations with the tails of Saiyan? A: - It depends on Toriyama's scripts.

Q: - Will Yajirobe reappear? A: - It depends on Toriyama's scripts.

Q: - Why is Gohan less important than before? A: - It depends on Toriyama's scripts.

Q: - Will Cell come back? A: - It depends on Toriyama's scripts.

Q: - Why does Future Trunks have blue hair? A: - You're wrong, Trunks is not a Super Saiyan Blue ... (Mision Tokyo shows them the original artwork, and they understand the question) Ah, it's Toriyama who drew it that way.

In closing: Toei has given Toriyama the right to continue as long as he sees fit. Which means we could be getting a never-ending Super, akin to "Doraemon" the merch money, the spinoff aspect, the continuous video-games that will never die. Let's remember that Dragon Ball was never a series that died out. The video games alone kept the series relevant even when it was done in Japan.

Kamen Rider seems to be the inspiration for Gokū Black. He was based on "Fake Kamen Rider" and "Kamen Rider Black". Goku and Vegeta fusing was not part of Toriyama's original intentions. Toyotaro pleaded with him saying that "in order to reach" the expectations of the fans this would be a crucial point to illustrate a situation, in which Goku and Vegeta had to fuse at any cost. Since both Saiyans would never accept defeating an opponent, and was only an acceptable evil previously in the Majin Boo Arc. Thus, Toriyama accepted his proposal and said it was a great idea. Toyotaro noted that "Zamasu" was not as strong as the original conception idea of Toriyama. Although he was immortal it would have only required two Super Saiyan Blues to defeat Zamasu. Trunks training in Kaiōshin Realm realm and gaining Restoration Power was Toyotaro's ideas, as well as the idea of Vegeta turning Super Saiyan God.