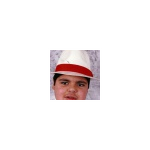 As we clearly see in Dragon Ball Super, Pan was born before Bra.—Mina Țepeș

For GT, all I did was just come up with the title, design the initial main cast and some of the machines, and also do a few images. However, I was able to rest easy handing things over to the excellent staff, who had continued on Dragon Ball for all this time. In particular, the animator Nakatsuru-kun is amazingly skilled, and mastered the peculiarities of my drawings in no time at all, to the point where there were even times when I couldn’t tell whether I had drawn a certain character design, or if he had. For instance, one of Nakatsuru-kun’s designs was “Super Saiyan 4″, which appears in GT, and the picture above is a portrait that I drew looking off it. Did I draw it well?

Retrieved from "https://dragonballuniverse.fandom.com/wiki/User_talk:Alexribeiro.soares.7?oldid=118741"
Community content is available under CC-BY-SA unless otherwise noted.